Catherine Johnson, CCT was in the biotech/pharmaceutical industry for over 18 years. She worked as a Freelance Medical Writer for 10 of those years in the field of pre-clinical research for the largest pharmaceutical company in the world. In June of 2009 she ended her tenure to get involved in thermal imaging because she believes that this little known life-saving technology needs to be brought to the forefront of diagnostic options. This technology can save lives and spare women the devastating emotional, physical and financial ruin that comes with a breast cancer diagnosis. 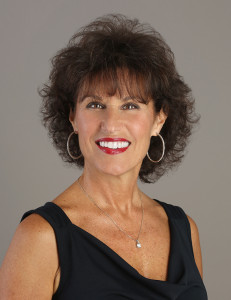 Hi, my name is Catherine Johnson and I’m the owner of Silk Thermal Imaging. I’m also a public speaker and Certified Clinical Thermographer.  Like so many women, when I turned 40 I diligently took my doctor’s advice and went in for my first (and last) mammogram.  I have to admit, I had no idea that it was an X-ray until the technician ran to hide behind the wall.  Eight very painful images later, she assured me that everything would be o.k. and that she’d see me next year.  I boldly told her, “I don’t think so!”  At that point, I had been in biotech research for 10 years and knew enough about ionizing radiation to know that yearly mammograms were more of a threat to my health than my risk of developing breast cancer as had no family history whatsoever.  I resolved to clean living and monthly self breast exams.

A year later, I was introduced to Thermography and it just made sense to me.  Six years later I was invited to get involved and educate women about Thermography.  It seemed like a good idea, but how was going to go about convincing women that Thermography was beneficial.  I started to do what I knew best; research!  With my background in research, coupled with having not only a family member but two of my close friends become victims of breast cancer, I spent the better half of 2009 delving into breast cancer, cancer, mammography and Thermography.  By the time I completed my research, I realized that in spite of spending the previous 18 years in research, I had learned a great deal that I did not previously know.  And if I didn’t know it, that meant most of the women out there didn’t know it either.   In May of 2009 I became a Certified Clinical Thermographer under Dr. George Chapman, a true pioneer in the industry. In August of 2009 I compiled all of my research, put together a PowerPoint presentation and launched Silk Thermal Imaging.  I have dedicated my career to educating women on vital information that is not being told to us by our doctors and to shift away from the fear mongering that has encompassed the breast cancer industry. I do this through corporate wellness seminars, webinars, and private and public seminars. To date, I have presented to hundreds of companies reaching thousands of men and women, educating them how to be proactive about prevention rather than waiting to detect disease.

I have partnered with numerous MDs, DOs, DCs, naturopaths, and clinical nutritionists to ensure that each patient’s health concerns are dealt with appropriately. My main focus is on prevention of disease rather than treatments and I work closely with doctors who share my philosophy.

Ladies, we’ve been racing for a cure for over 20 years. Billions of dollars have been raised in the name of a cure; however, today we are no closer to a cure for breast cancer than we were 20 years ago. In fact, incidences continue to rise especially in younger women.

One of the most disappointing realizations I came to during my initial research phase was the politics involved in the cancer industry.  The so called “race for the cure” is in fact a race to find new and more profitable “treatments” for breast cancer and other preventable diseases.  In 1971, Richard Nixon declared war on cancer and since then we have continued to see a steady increase in cancer rates in the U.S.  Unfortunately, Big Pharma figured out very quickly that there was a lot of research money available to them and as researchers got closer to finding a cure, they realized that if a cure was ever found, there would be no more research money.  So the focus switched to treatments because as long as they were conducting research, there was money to be made both in research grants and in revenue for the pharmaceutical drugs and therapies being given to cancer patients.  I was no longer comfortable being a part of this industry, so I exited and have never looked back!

In health and happiness,

We offer 2 locations in California:

Screenings Are By Appointment Only